learn
Check the Code on GithubJoin Discussion in Slack

As we already know, the essence of authorization is letting users perform certain actions based on who they are. How do we achieve that?

We can make decisions about actions that users are permitted to perform based on the additional information (or claims) in their JWTs. Do you remember that, while generating the JWT, we've supplied the payload of role=admin? We're going to make the API use that payload to permit or restrict users' actions.

First, let's update the data schema. In the schema/Orders.js file, you can find the following code:

This SQL statement says that any query to this cube operates with all rows in the public.orders table. Let's say that we want to change it as follows:

To achieve that, let's update the schema/Orders.js file as follows:

What happens here? Let's break it down:

Second, let's check how the updated schema restricts certain actions. Guess what will happen if you update the schema, stop Cube.js (by pressing CTRL+C), run Cube.js again with npm run dev, then reload our web application.

Right, nothing! 🙀 We're still using the JWT with role=admin as the payload, so we can access all the data. So, how to test that the updated data schema works?

Let's generate a new token without the payload or with another role with npx cubejs-cli token --secret="NEW_SECRET" --payload="role=foobar", update the dashboard-app/src/App.js file, and reload our web application once again. Wow, now it's something... certainly less than before: 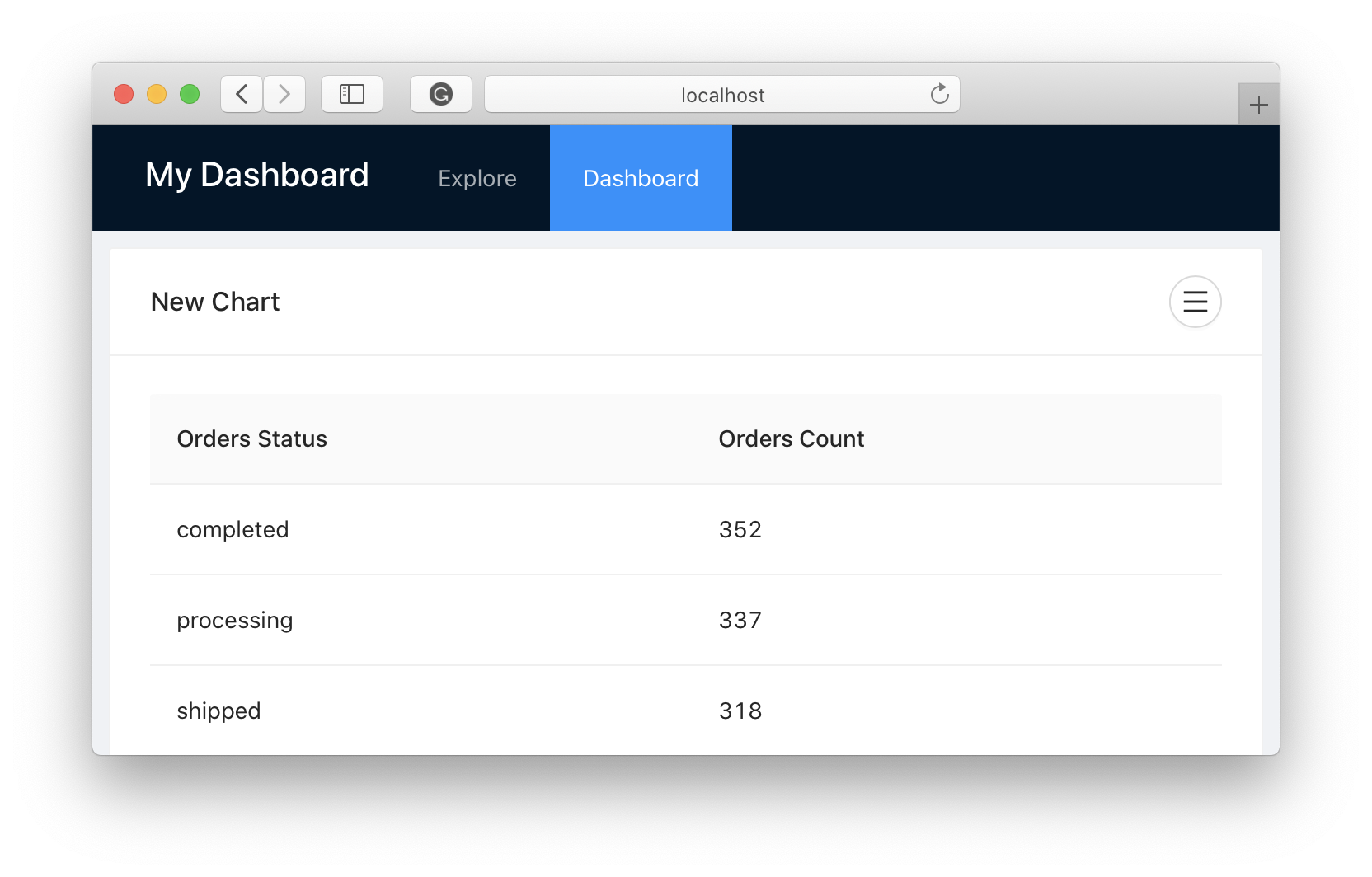 Third, let's check the same via the console. As before, we can run the following command with an updated JWT: 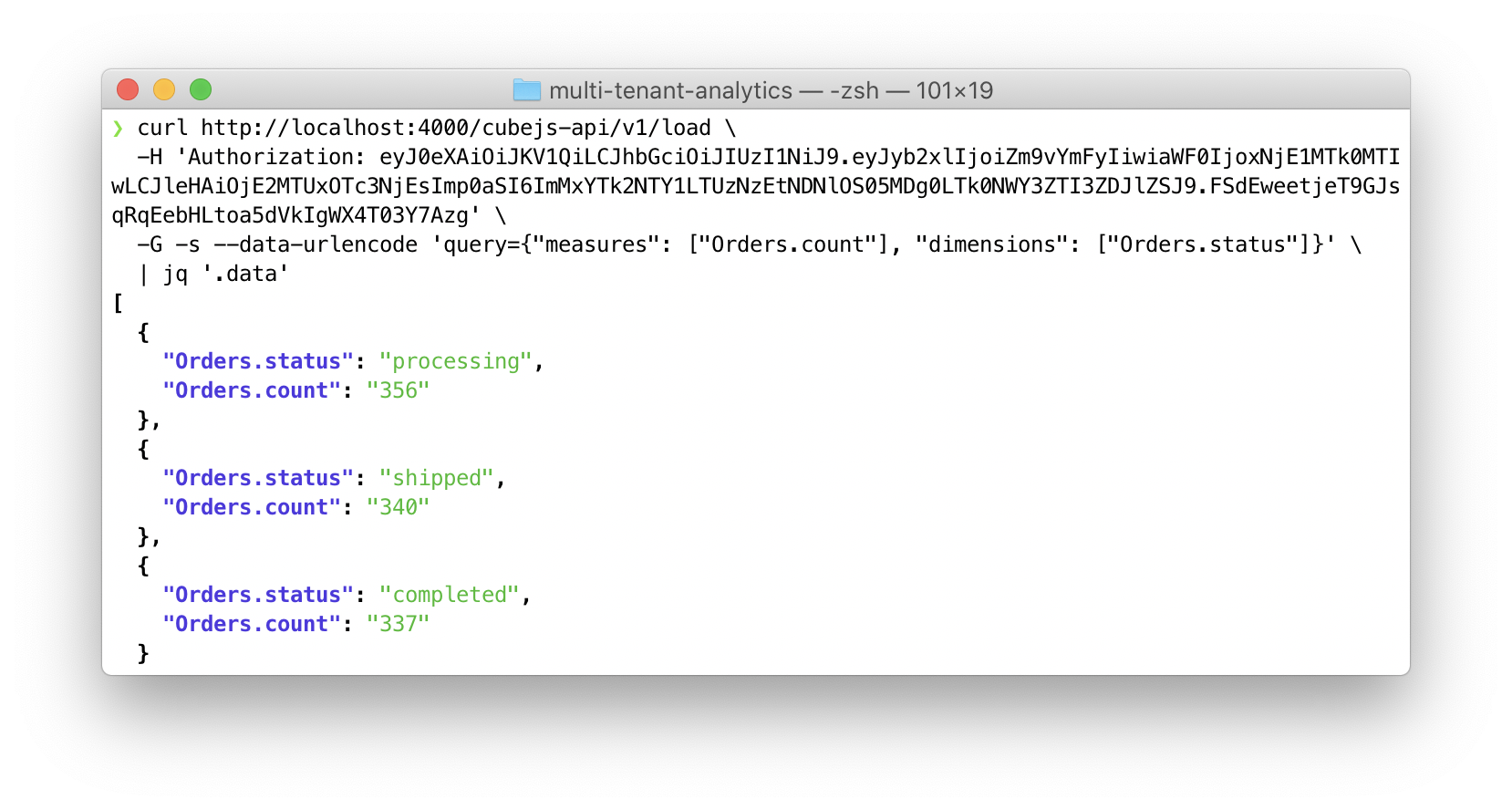 Cube.js also provides convenient extension points to use security context for multi-tenancy support. In the most frequent scenario, you'll use the queryTransformer to add mandatory tenant-aware filters to every query. However, you also can switch databases, their schemas, and cache configuration based on the security context.

‼️ We were able to add authorization and use JWT claims to control the access to data. Now the API is aware of users' roles. However, right now the only JWT is hardcoded into the web application and shared between all users.

To automate the way JWTs are issued for each user, we'll need to use an external authentication provider. Let's proceed to the next step and add identification 🤿